Since we last wrote about actress/writer/director Lina Esco’s new film, “Free The Nipple” there have been a few developments worth sharing. First, Miley Cyrus tweeted @freethenipple with the below photos pushing for gender equality, which was a surprising but much needed shot in the arm for the film’s reach. In the following storm of traffic and recognition the very point of the film (women being allowed to show nipples in public like men can) is being proven via the newest public space: social media.

In this awesome article on last week’s Huffington Post, Lina explains the recent history of modesty vs. going topless and her recent uphill battle to share promos and stills from the film on Facebook in particular, where her page was deactivated due to “graphic” nature of the page’s content. It is bizarre to think of a topless woman as more graphic than the violence and beheadings which are allowed to remain uploaded to social media sites, and I hope Miley Cyrus and others keep putting this in the public’s face until we reevaluate what we should deem appropriate for the public sphere.

Also, in case you haven’t seen it yet, below is the film’s trailer, and you can follow the film on Twitter at @freethenipple. 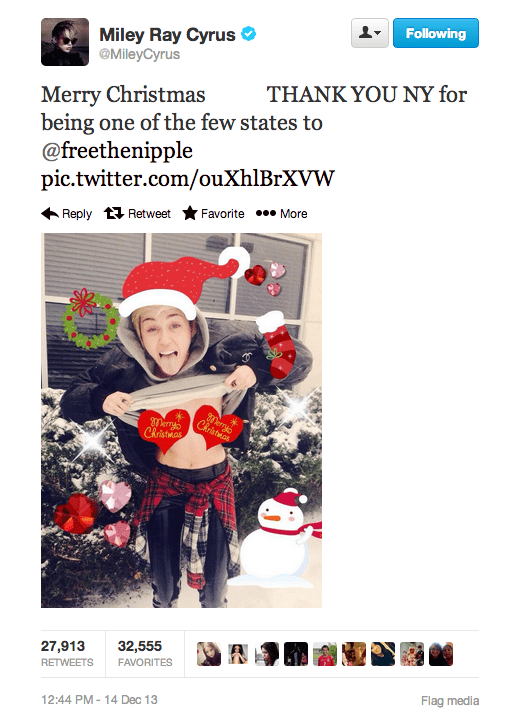 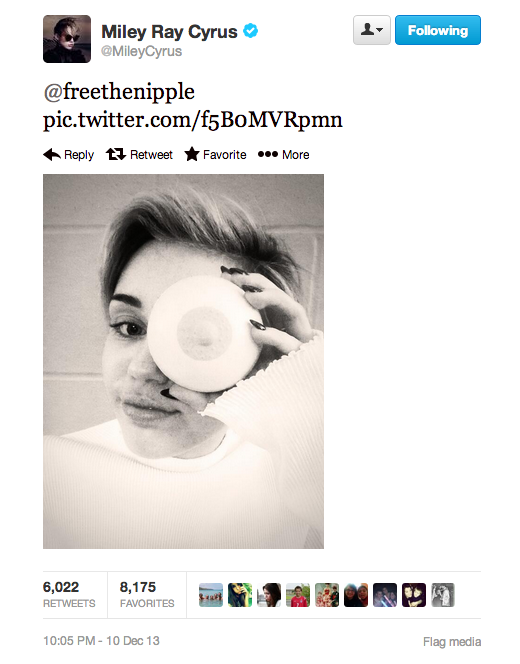